Renowned for its history in Education – Ireland is known as ‘The Land of Saints and Scholars’.

Throughout the world Ireland is known for its education excellence. The people of Ireland are a curious breed.  Everywhere you go in Ireland, you will find a genuine and deep-seated love of learning!

The history behind the phrase begins with the Roman Empire’s collapse in the 5th century, Europe was in a state of serious intellectual and social decay as its institutions crumbled. Insulated on the western shores of Europe, Ireland’s institutions could continue to prosper and evolve without interruption leading to a period of intellectual, religious, and artistic superiority that has been called ‘Ireland’s Golden Age’. It is during this period Ireland earned the title ‘Insula Sanctorum et Doctorum – The Island of Saints and Scholars’.

In this modern world Ireland is still leading the way in many research areas, as our modern day scholars innovate and discover new solutions to the worlds problems. All of Ireland’s Universities are ranked in the top 5% globally with the Irish education system ranked in the Top 20 internationally.

In International rankings, Ireland is: 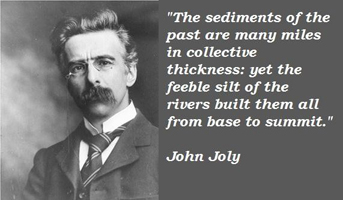 Ireland is also currently ranked 11th in the 2018 Global Innovation Index. Some of the most influential products of the world were invented by Irish inventors. One of Ireland’s most prolific inventors, John Joly is most known for the invention of the photometer that measures light intensity and use of radiation for cancer treatment. In 1894, this Irish genius from County Offaly, also found a successful way of producing color photographs.

It was also an Irish man – Vincent Barry who accidentally discovered a cure for leprosy while he was looking for an answer to Ireland’s tuberculosis problem. What an accident!

Technology from the Dublin company Havok allows some the world’s best-known developers to reach new standards of realism and interactivity in games from Microsoft, Nintendo, and Sony…You get the picture!

We’re an ingenious lot who punch well above our weight internationally when it comes to creativity in art, literature and music and ingenuity in science and technology

So you see, The nickname of ‘The Land of Saints and Scholars’ has a rich history behind it and is still true to this day as Ireland continues to lead and make big headway in global issues.